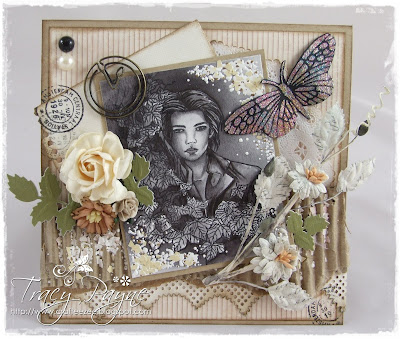 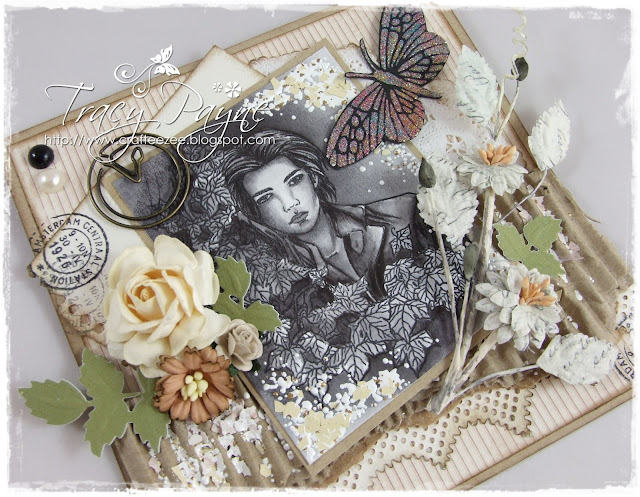 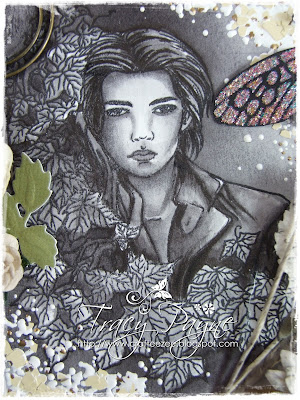 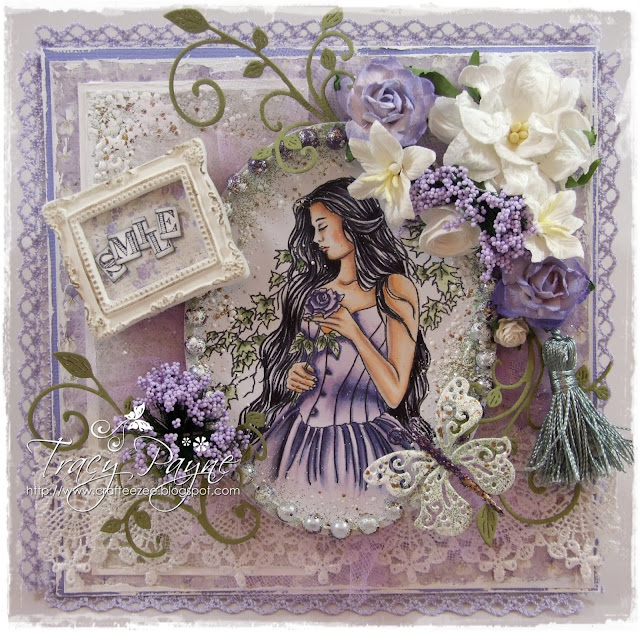 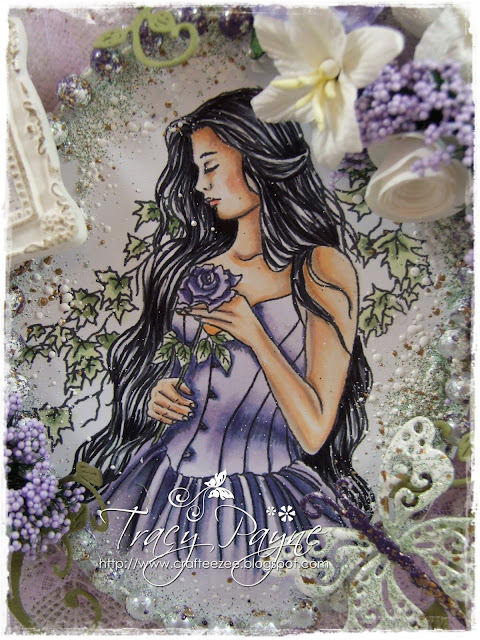 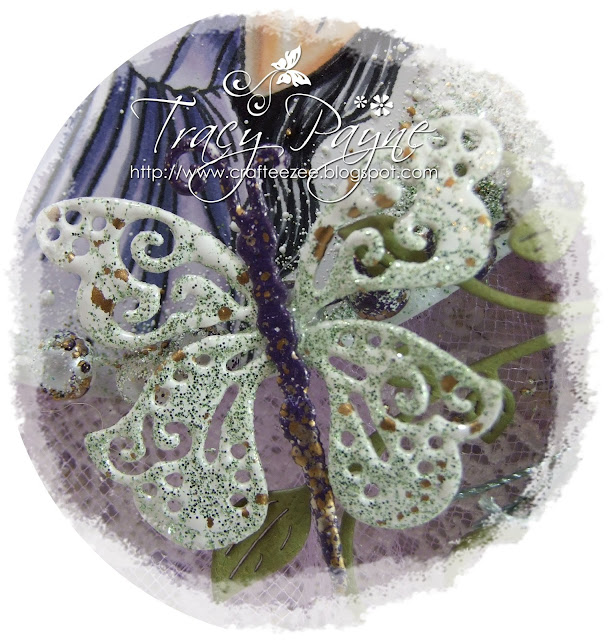 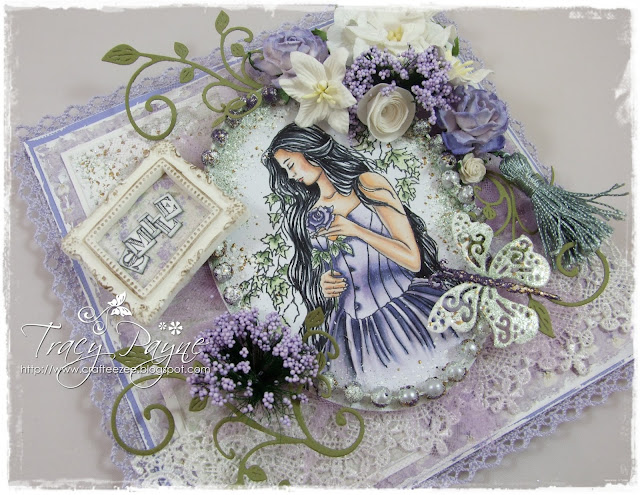 Both cards are gorgeous Tracy. Such wonderful images and coloured perfectly. As always, your detailing is just amazing!!
hugs Sue

ohhh these are both gorgeous tracy! love all of the yummy embellies and the black and white image up the top is just stunning!

Wowee you are definitely Queen of bling!!
Fantastic as always.
Hugs
Jane

This looks wonderful!! so many elements in perfect harmony
http://www.kalasirjana.blogspot.in/

Wauw!! Two beautiful cards! Fab colouring on both and fantstic details. I love the fantage it's perfect for the shabby look! hugs, Marlies

Gorgeous cards Tracy, both have very ethereal images, the colours are wonderful as are the designs of both. I'm enjoying looking at the Frantage it's just lovely, kate x

The first one looks like you did his portrait in chalk. Very interesting look. The second is a beautiful girly card, they are so opposite from each other and I love both of them. Great embellishing.
Hugs Kelly

Indeed it's not very often one sees an all male image from yourself. Love that you kept the colour scheme neutral, gorgeous earthy colours! The second card in lilac is gorgeous as well, the butterfly came out beautifully and I must get around trying to frantage some pearl string soon now that I have the Versamark watermark ink. It's so sticky, now I understand why it's so good for frantaging! (Is that a word, LOL?) Sandy xx