Winter Sports in a Winter Wonderland

It's also challenge day at Live and Love Crafts and the theme for the challenge is "Winter Sports".  I've had to put my thinking cap on for this one but it was made a little easier with the arrival of the new Dutch Doobadoo Ice skate stencil, which is due into Noor!Design UK w/c 12th January but available to pre-order now. 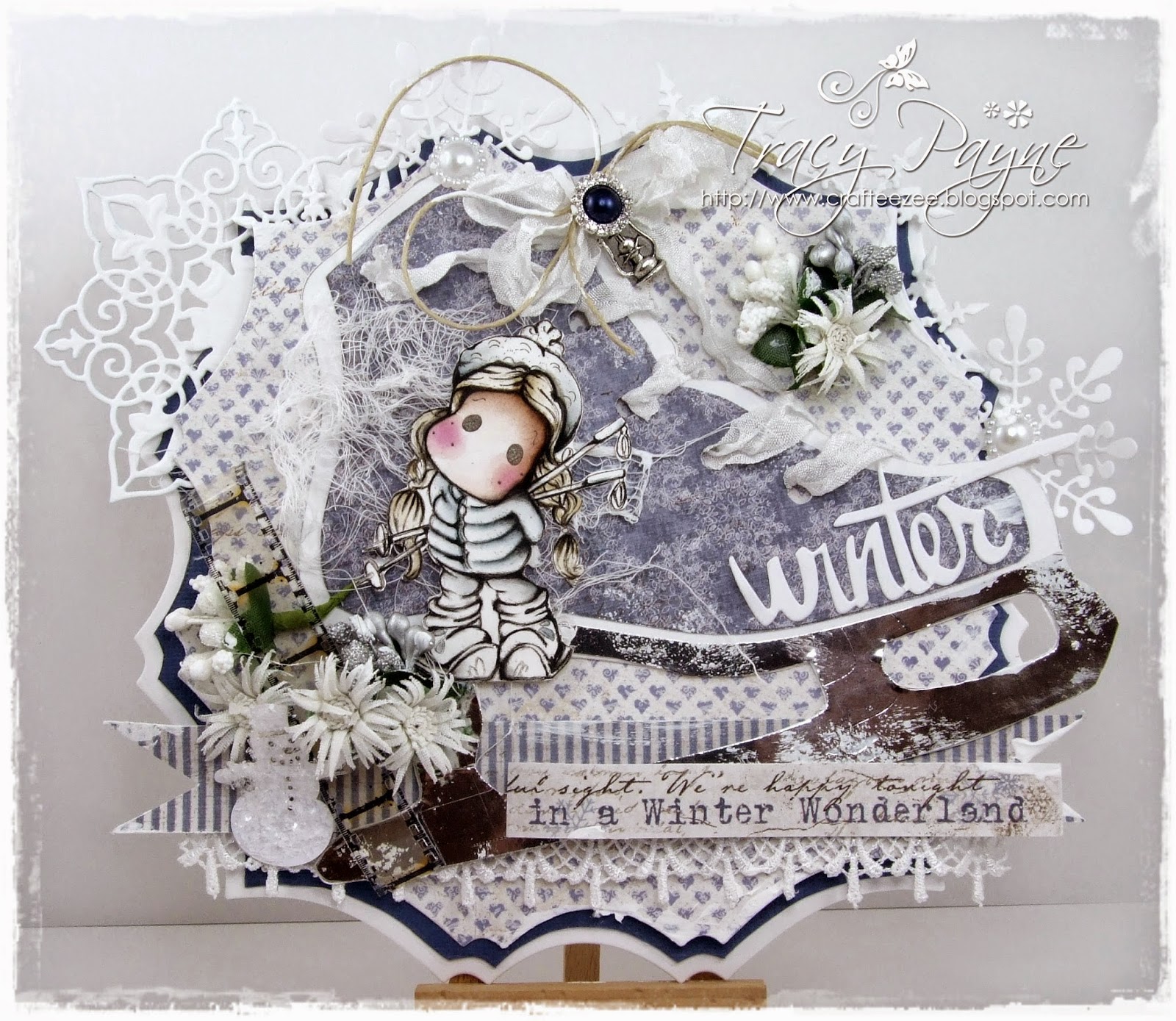 I have used two Maja papers, the one used on the skate is from the Vintage Frost Basics called 13th December and the background paper is from the Coffee in the Arbour collection called "Lovely Weather". 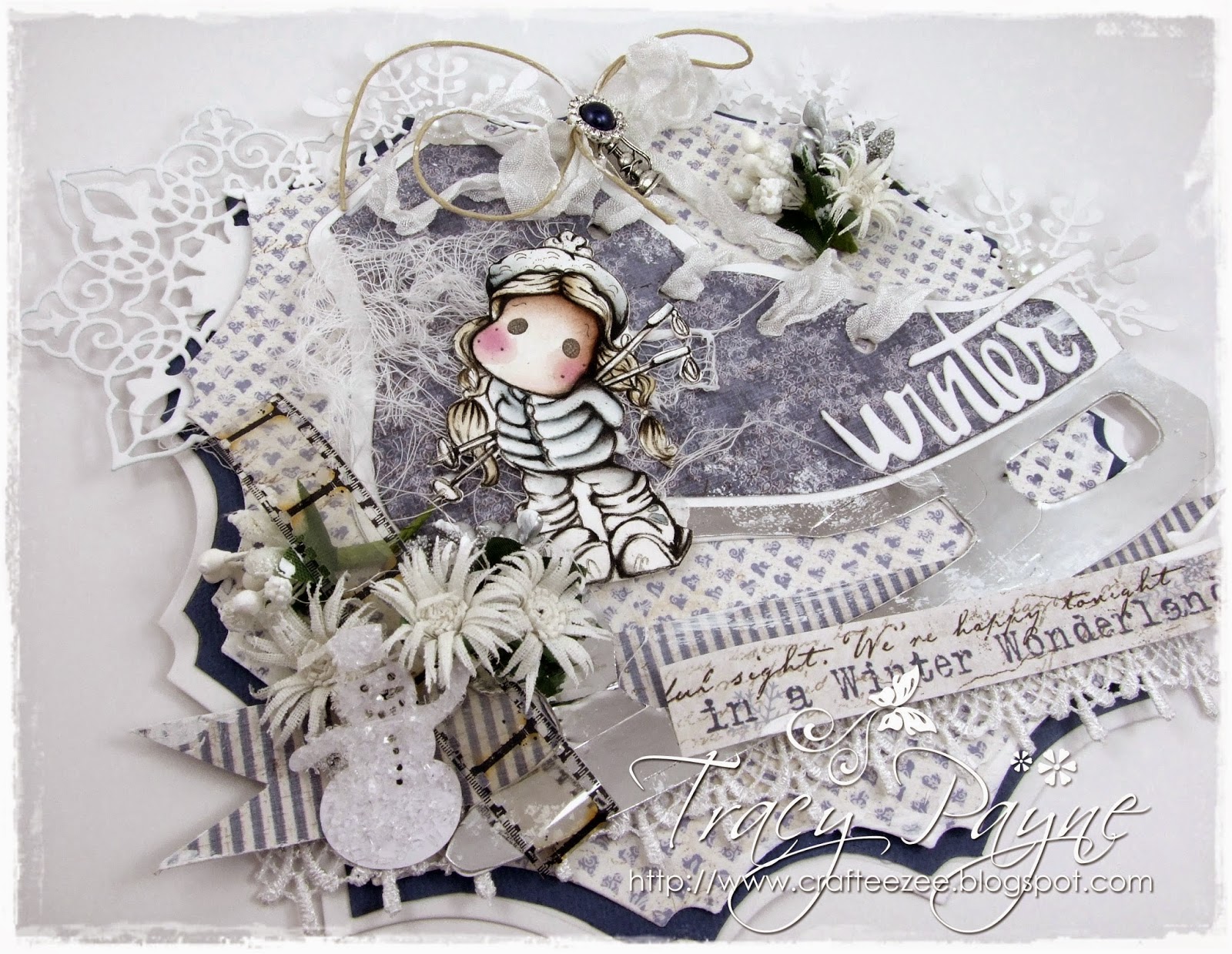 I have also added the bottom strip from the paper depicting the text "in a winter wonderland". 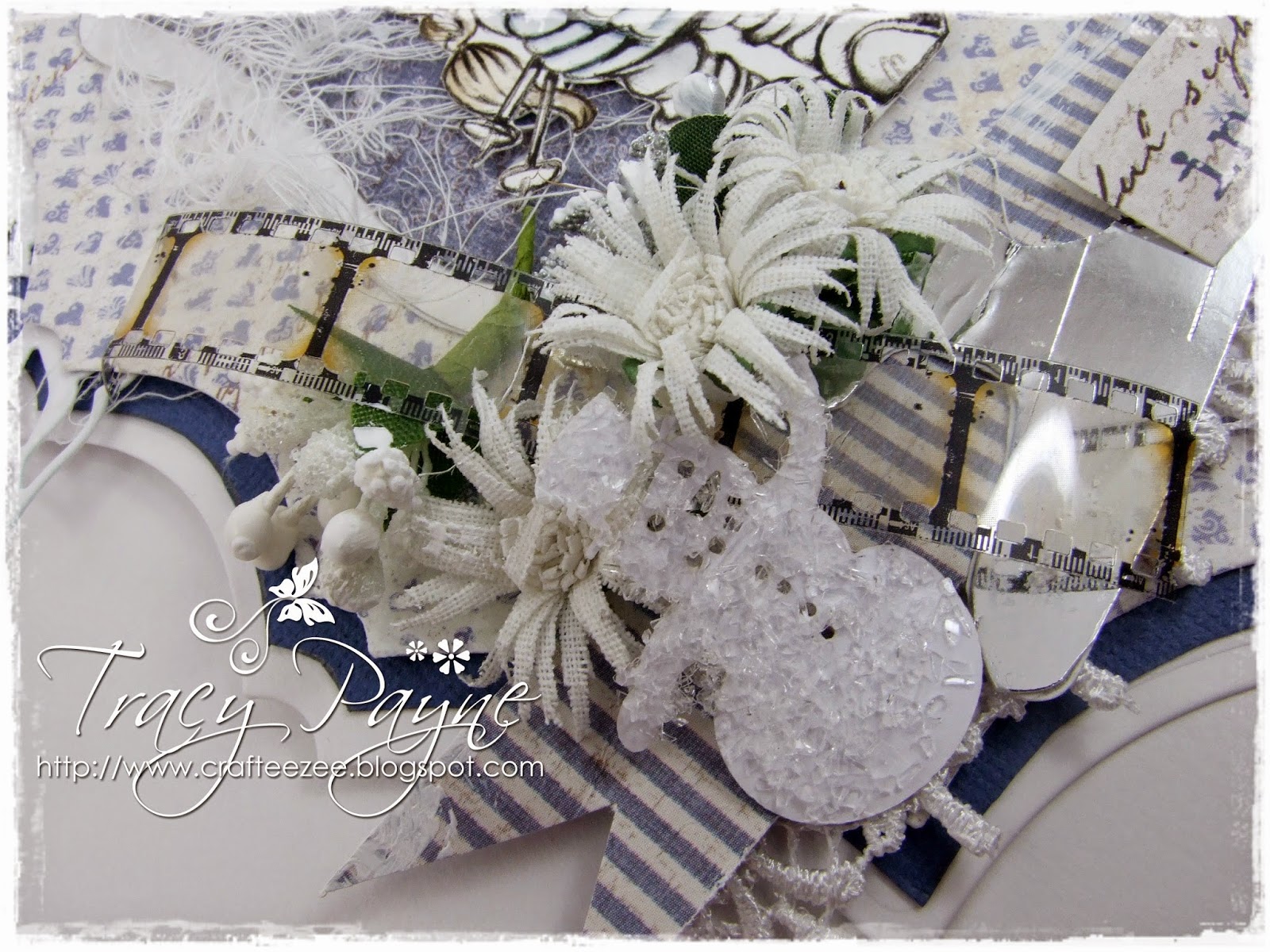 I have used kort and godt chrysanthemum's, berries and Tim Holtz film strip and also added a Dutch Doobadoo paper art snowman and covered him with diamond dust.  Again the paper art is from the January release due in store w/c 12th January. 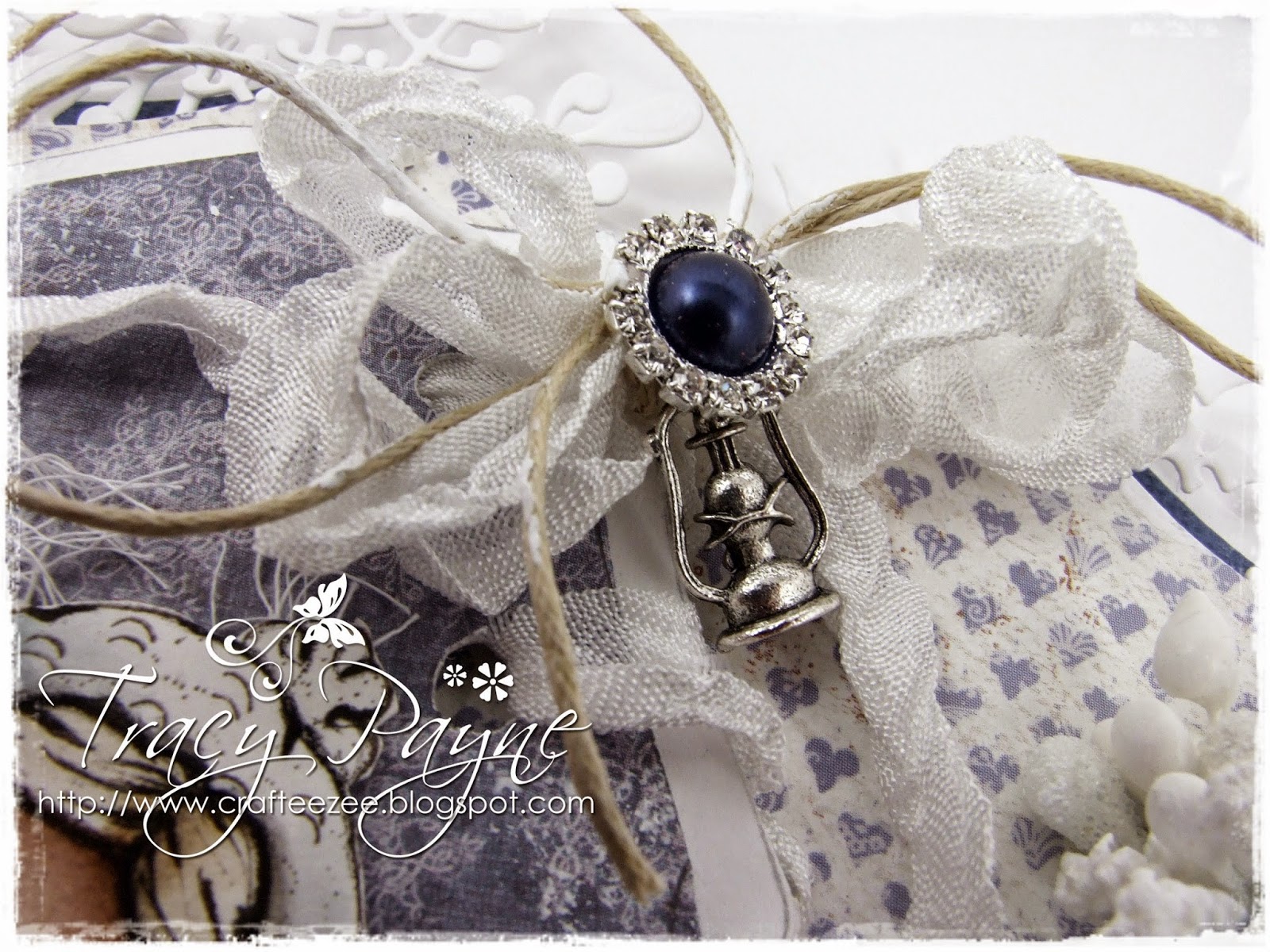 I have threaded white seam binding as laces through the skate and finished with a bow and added prima vax cord, a lantern charm and some gorgeous blue bling, Sandy knows I love blue :) 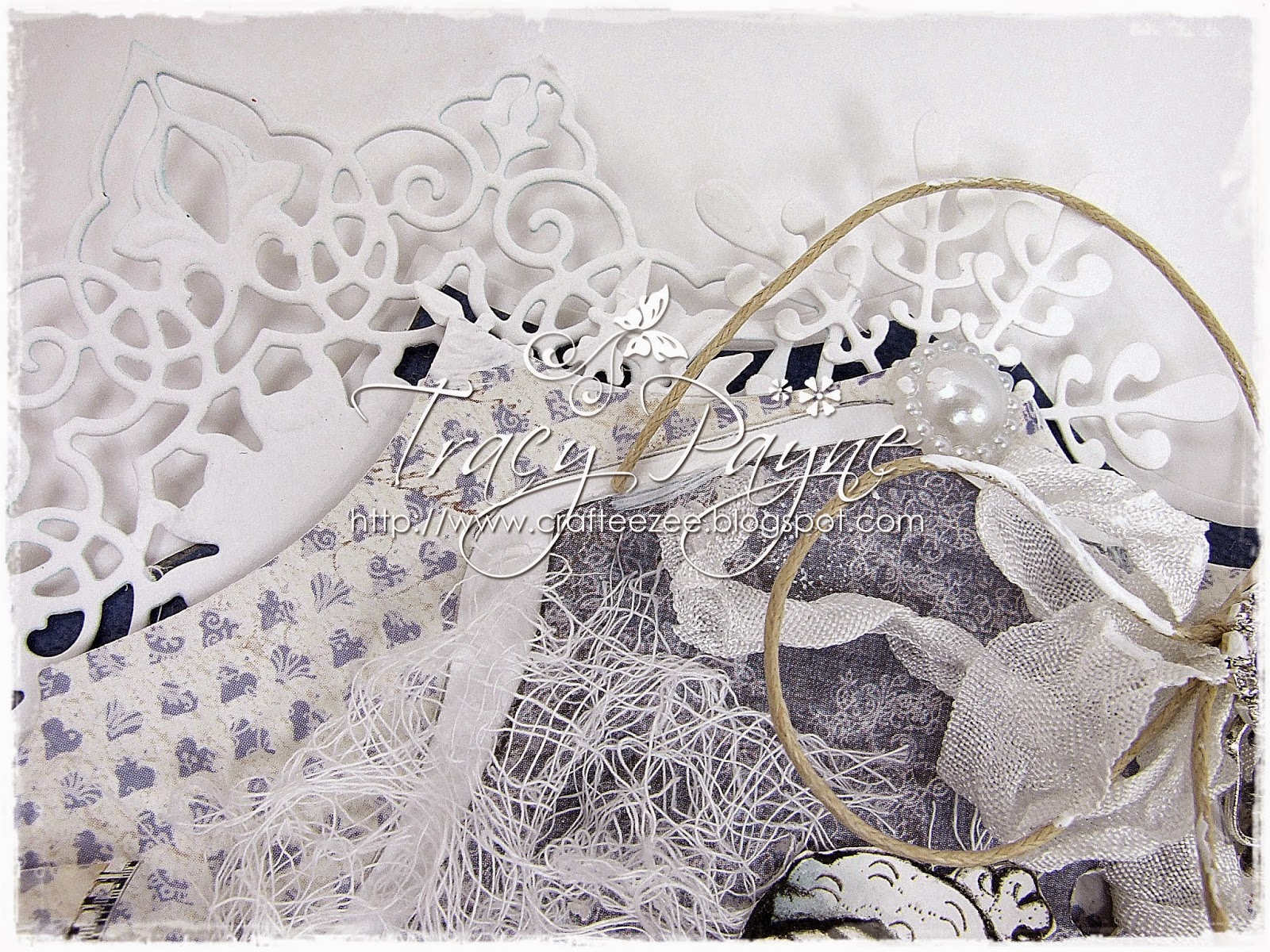 I have added the 8 point die, one of my favourites along wit the ice crystal 3 and added a pearl to the centre. 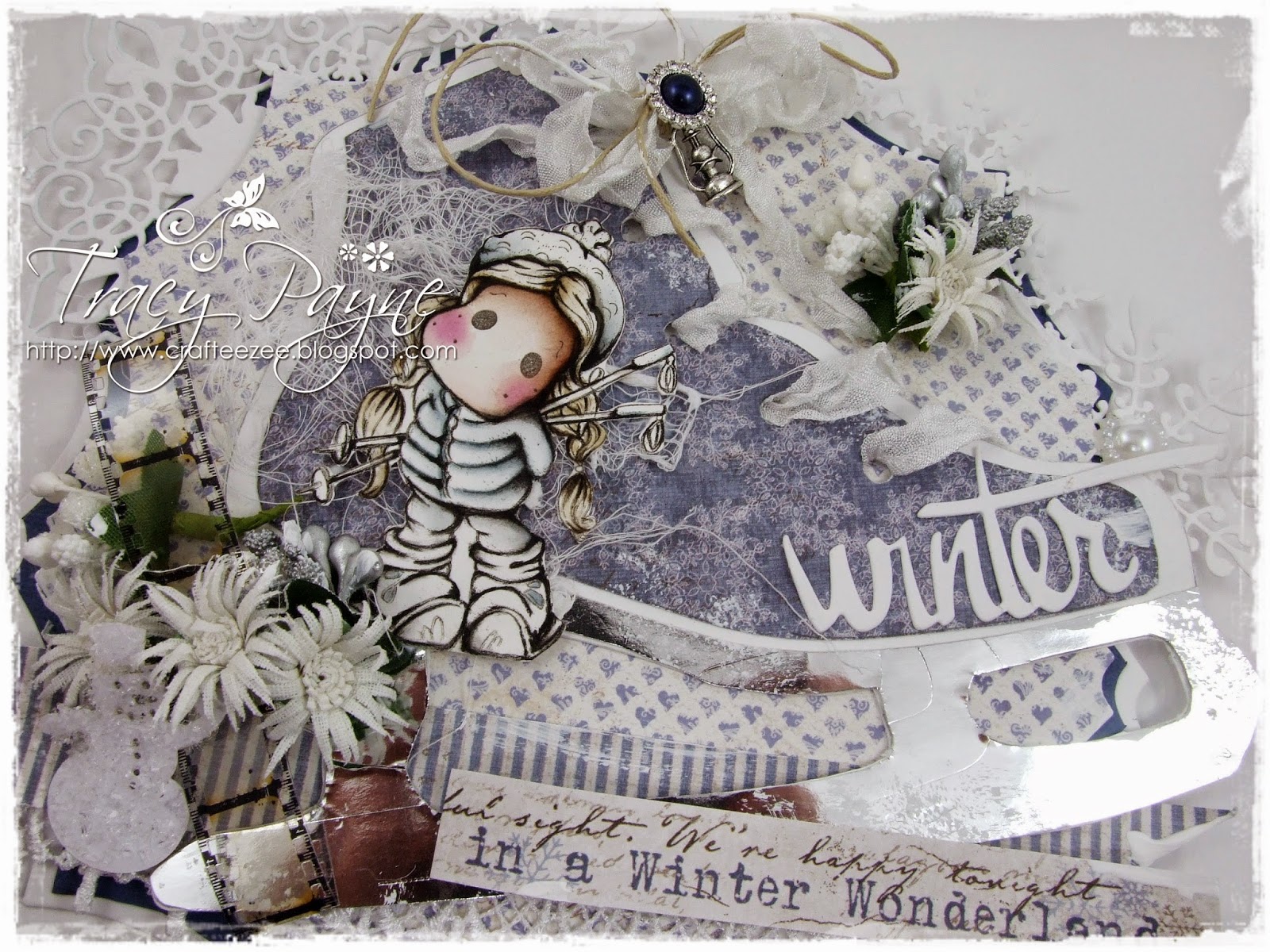 I have added the WINTER text to the skate also. 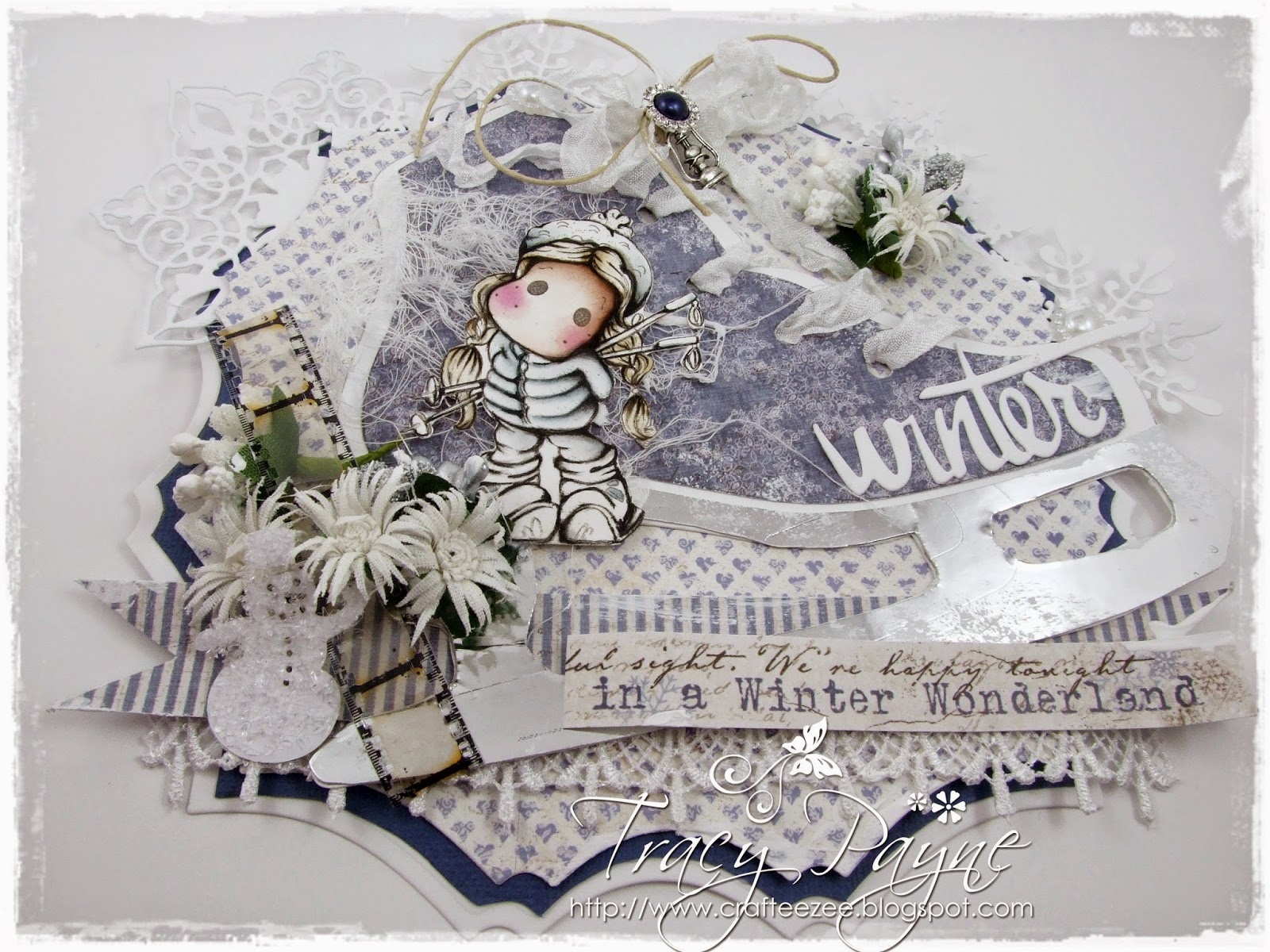 I have also added a little lace along the bottom.  Sandy sent me some gorgeous laces before Christmas but they weren't added to the website so I have had to refrain.  Do you know how hard that was for me....... yikes.  Actually I'm not even sure I should of used it so its only just peeking through, so that's o.k. isn't it... hehehe 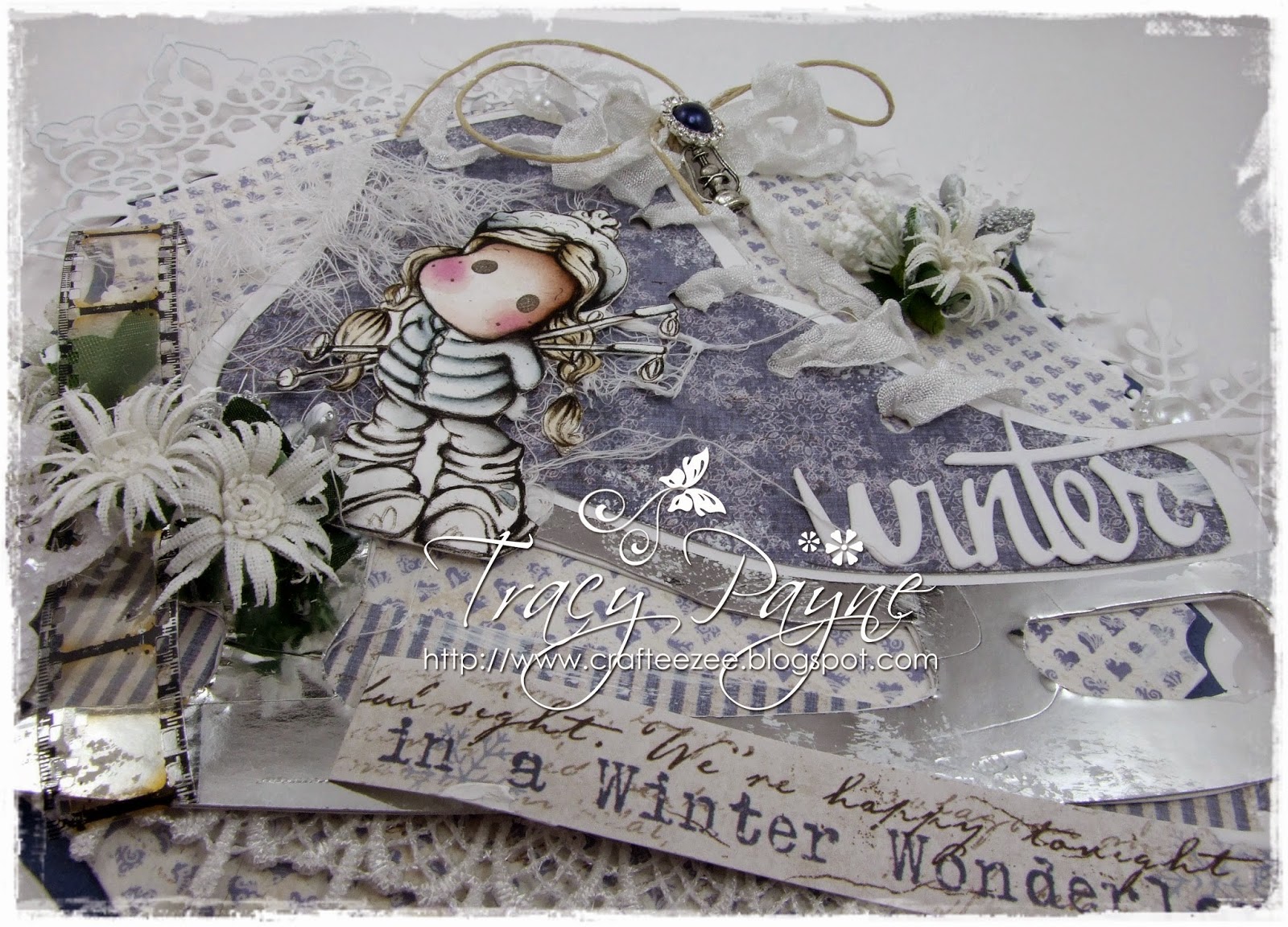 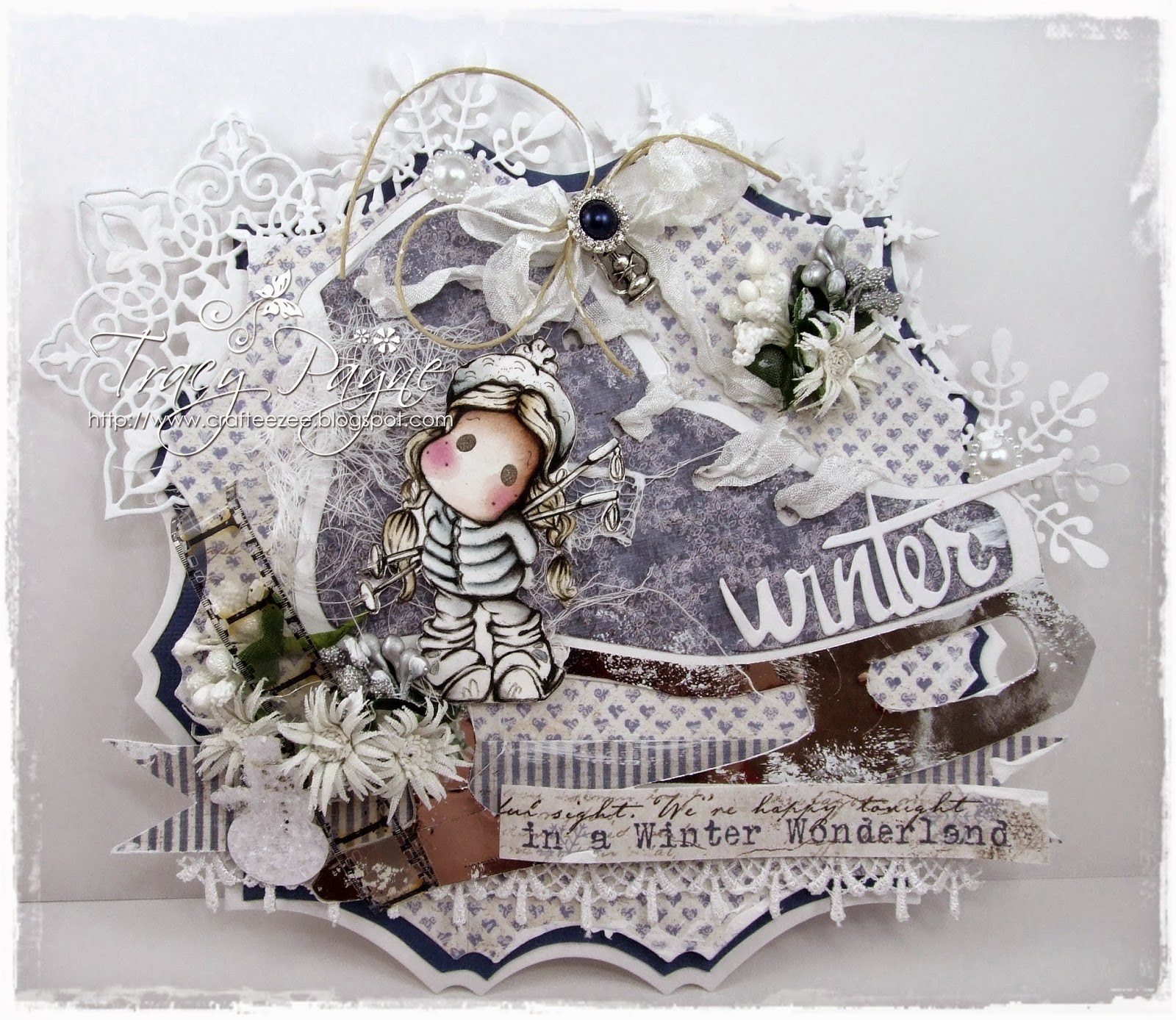 InLinkz.com
Posted by Crafteezee at 10:00

wow! Just stunning.. So many beautiful little details. Have a Wonderful New Year.

What a delightful creation! The composition is just perfect! You have a fabulous design point of view and it is clearly communicated in this design!

You have been selected as our FB Designer Of The Day for January 2, 2015. Your project will be featured on our Facebook page www.facebook.com/avenue613 . Please stop by to say hello and to grab your DOD badge.
Hugz,
Chana Malkah Harris, Owner
613 Avenue Create Challenge Blog
http://avenue613.blogspot.com

Awesome winter card; love the frosty blue look (no surprise there), and I knew the Navy Blue bling button would come to great use in your hands! And yes...you were naughty to use the lace, but somehow I knew you wouldn't be able to keep your hands off it, LOL. I'll try to get them added next week. You see I was a good girl and took time off...well the days I wasn't packing orders. :-)

Another gorgeous card and as always such lovely details. Judy x