Orange at Crafts and Me & Sneek Peek

I'm a little late with my post for Crafts and Me today. Just don't know where my time has gone, although i did have a rushed evening last night. I had to pick my son up from an after school football match which meant I didn't get home until after 6pm and then had to leave again at 6:30 for Ollie's first puppy class. Well,I have to report that I got put in the naughty corner with him, lol. I think he got a little bored waiting whilst the spokesperson outlined all the legalities of owning a dog and he started to bark at her. I had to remove him to the end of the hall until he was quite and then he could return. This happened four times and Ollie was the only one. Guess I have a naughty one, lol.

Right, enough gassing. I have used a sneek peek of the new Artist coming soon at Crafts and Me, so you'll have to watch out for the release date. She's so new that I don't even know here name yet, ooops! 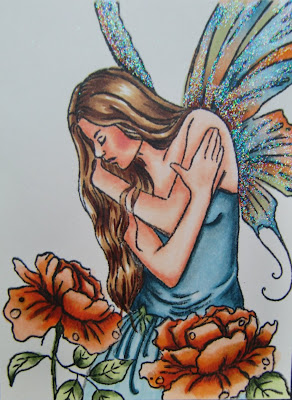 And here's my card:- 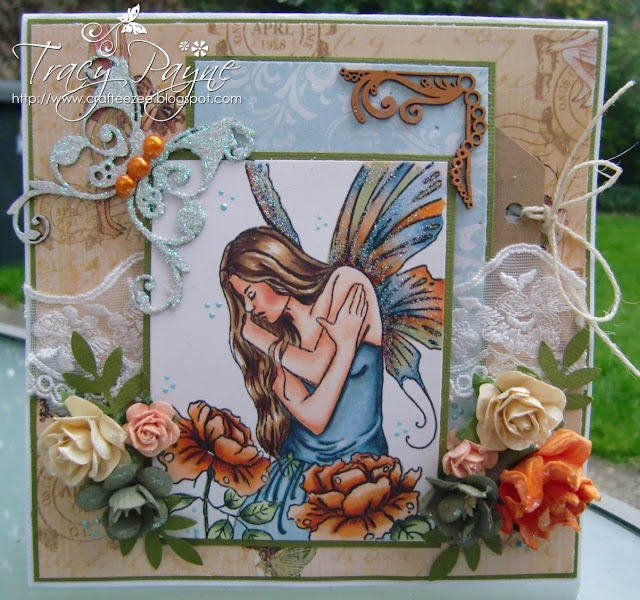 I have coloured her using my copics of course and speaking of copics, Diny from the Copic Marker Europe Blog has revealed test results of a comparison between the ink content of Copic Markers and the new Flexmarker. They put all the markers in a machine and let the markers run over a paper roll. When the marker is empty they messure the length of the ink line. The results were very, very good for Copics. Here are the results:

With these results I can not find one reason why people should buy a Flexmarker instead of a Copic Ciao Marker. There are so many benifits by Copic, which we wont't mention as we don't want to speak bad about other products. Copic speaks for itself.
If you want to see a comparison between the different alcohol based markers at the market, go to Lydia's blog, she has uploaded a video on the subject.

There is also a challenge on the CME Blog using the video tutorial by fellow teamie Penni colouring dark skin, all details are HERE, you could win 3 sketch markers of your choice, so well worth entering.
That's it from me peeps.

Labels: Crafts and Me

Hi tracy, wow hun I just love this gorgeous card. Your colouring and colour choice is stunning as always!! And your little doggie may be a little naughty, but he sure is as cute as cute can be LOL!! Hugs, Frea

Lol at your pup Tracy! This card is stunning the image is so beautiful love her! Hugs Rebekah xx

Wow, this is STUNNING! Love the colors, embellies and your gorgeous coloring of that beautiful image!

Wow this is so beautiful Tracy that image is stunning so is the colours, embellishments and design, superb.
Hugs
Lorraine x